Here’s what we’ve been reading at CEP in recent years that has shaped our thinking on philanthropy:

New Power: How Power Works in Our Hyperconnected World—and How to Make It Work for You by Henry Timms and Jeremy Heimans

At first glance, the title of this book may not reveal its relevance to philanthropy, but the connections are vital. Henry Timms, head of New York’s famed 92nd Street Y, is also the founder of the global #GivingTuesday phenomenon. He and his co-author, Purpose CEO Jeremy Heimans, are very attuned to the changing landscape around social movements and how modern change is being made in the age of social media and instant news. Filled with memorable and often hilarious stories, the authors are clear-eyed about the enormous opportunities that “new power” can wield, as well as its dangers. This book will make you look at the world around you with different eyes.

Just Mercy: A Story of Justice and Redemption by Bryan Stevenson

At CEP’s 2017 conference, Bryan Stevenson nearly brought the house down with a stirring talk based on his critically-acclaimed and bestselling book. Drawing from his stories representing juveniles and the wrongly-accused on death row through his organization, the Equal Justice Initiative, Stevenson brings us vividly into the sobering realities of mass incarceration and racial injustice in the United States. His stories are indelible, and his hope for America’s future on these intractable issues is contagious… >read more.

Crazy Rich Asians In An Age Of Inequality

Like many, I flocked to see the romantic comedy film Crazy Rich Asians in August, drawn in by the previews of the cross-cultural love story written by author Kevin Kwan — and by the excitement of supporting a practically all-Asian international cast. Since its opening, the film has grossed over $169 million at box offices worldwide, making it the most successful romantic comedy of the past decade, not to mention its significance in advancing Asian representation in Hollywood.

As someone who lived in China for seven years earlier in my career and traveled extensively in the Asia-Pacific region, there was something comforting about seeing familiar and beloved city scenes and hearing the different Chinese dialects spoken on the big screen. Having worked in the philanthropic sector there, it was also striking to see glittering reminders of the enormous wealth among the relatively few. There are now more billionaires in Asia than in the North America1, and the rising economic tides of the last two decades have been both a boon, raising millions out of poverty, and a contributor to pervasive social and economic inequality… >read more.

Like a good GPS system, signals from multiple sources—grantees, staff, other funders, and beneficiaries—can help pinpoint where foundations stand.

“Make a legal U-turn.” “Exit right in two miles.” When we drive, many of us now have an electronic voice telling us the shortest route, how to avoid detours, and how to correct wrong turns. We’ve recycled our atlases and put our trust in global positioning systems—GPS. The power of GPS is immense. It knows exactly where we are, even when we don’t. Using a process called trilateration, it locates our position via simultaneous signals from four different satellites. Thanks to this precise measurement, overlaid on maps in our digital navigation systems, we’re never lost and can usually travel along a continually updating, optimized route.

So what does this have to do with foundations trying to navigate toward solutions to tough social and environmental problems? Foundations can take almost any course of action, but they don’t always have enough input to choose the best direction and stay on course. The good news is that there are at least four, readily available feedback sources—four signals—that can help them hone in on the most effective approaches for achieving impact. These include feedback from grantees, foundation staff, other funders, and beneficiaries. Taken together, they can help pinpoint where foundations stand…>read more.

Amid Healthy Critiques of Big Philanthropy, Don’t Lose Sight of Its Crucial Role

Critiques of philanthropy and nonprofits appear to be intensifying, in part fueled by a broad and understandable distrust of powerful institutions and of the “elites.” That is healthy, of course: There is legitimate reason to be concerned about those who seek cynically to wrap themselves in a flag of charitable do-gooding only to perpetuate inequality or stand in the way of real change.

“Even as they give back, American elites generally seek to maintain the system that causes many of the problems they try to fix — and their helpfulness is part of how they pull it off,” writes Anand Giridharadas in a provocative op-ed in the New York Times. “Thus their do-gooding is an accomplice to greater, if more invisible, harm.”

Books such as The Givers: Money, Power, and Philanthropy in a New Gilded Age, by David Callahan, Winners Take All: The Elite Charade of Changing the World, by Giridharadas, and the forthcoming Just Giving: Why Philanthropy Is Failing Democracy and How It Can Do Better, by Rob Reich, raise important questions about whether philanthropists are wielding inappropriate levels of power and influence.

Such skepticism of big givers is often warranted and has always been part of our country’s philanthropic history. But I worry about the potential to overlook the positive stories about giving in the United States and about all the nonprofits that depend on private giving to support their missions.

Let’s not take for granted the good — indeed vital — work being done each day by crucially important nonprofit organizations, often supported by generous donors across a range of income levels who don’t look anything like the Davos-attending ultrawealthy power brokers whom Giridharadas describes (and often rightly calls out)…>read more.

Forum Annual Conference 2018: When learning is both personal and professional

One of the unique aspects of working in philanthropy is that when we come together with peers in our field, the lessons we learn can be both personal and professional in nature. I was reflecting on this truth after the United Philanthropy Forum conference in Boston last week, where a consistent theme threaded throughout the sessions was the importance of racial equity and inclusion.

The professional takeaways as they relate to racial progress are loud and clear. From each plenary speaker, we heard the call to action for funders and philanthropy-serving organisations (PSOs) to take up the mantle to speak out and advocate for policy change in a time when so many marginalized communities and civic institutions are in crisis. It was necessary to be faced with our painful history, hard data, and moving stories — and to be able to celebrate hard won victories together — in order to sharpen our collective sense of urgency and the knowledge of what’s possible. The week was also a great response to the Forum’s own racial equity scan of philanthropy-serving organisations, which found that 43 per cent of PSOs say that they are just beginning their race equity journey, with a request for more frameworks, resources, and peer learning…>read more

Black Lives Matter, the ice-bucket challenge, the National Rifle Association, and ISIS don’t, at first glance, appear to have much in common. But all are highlighted in an important new book by Jeremy Heimans and Henry Timms for their ability to harness what the authors have dubbed “new power” — a power that is “made by many … open, participatory, and peer-driven.”

New power, they argue, operates “like a current and, like water or electricity, it’s most forceful when it surges.” Contrast that with “old power,” which is “held by few … closed, inaccessible, and leader-driven,” operating “like a currency.”

Their rich and deeply researched book — filled with business, government, and nonprofit examples — is called New Power: How Power Works in Our Hyperconnected World — and How to Make It Work for You. It describes a fundamental shift in the way people get things done in an age in which our devices connect us wherever we go — and in which expectations for participation and engagement are high, especially among millennials…>read more. 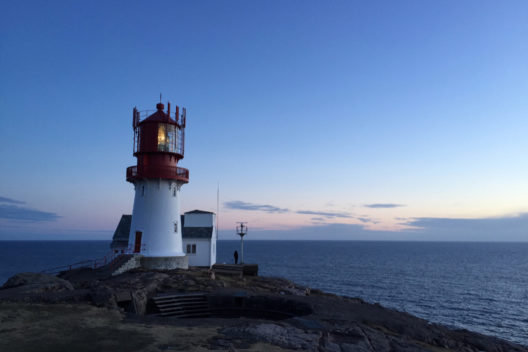