Anyone with a pile of money who wants to make the world a better place shouldn’t start writing checks until they’ve read Phil Buchanan’s Giving Done Right: Effective Philanthropy and Making Every Dollar Count….>read more

Fifty-eight percent of nonprofit leaders believe tax-law changes have hurt giving to their organizations, according to a new survey. Nonprofit leaders are also deeply worried about the potential for a recession and a lack of preparedness for an economic downturn, the poll found.

The survey, conducted by the Center for Effective Philanthropy, gathered responses from 419 nonprofits with annual expenses ranging from $100,000 to $88 million. The surveys were completed by CEOs, development directors, or finance directors. The organizations had received at least one grant from a foundation that gives $5 million or more a year.

The 2017 federal tax overhaul roughly doubled the standard deduction, resulting in millions fewer households itemizing their income-tax returns. Those households no longer have a financial incentive to donate to charity. Estimates on the potential impact on giving varies, but one recent study estimated charities would lose $19.1 billion annually….>read more

Nonprofit leaders are placing a much greater focus on building stronger relationships with wealthy individual donors than in previous years, and they expect that trend to continue, according to a new report by the Center for Effective Philanthropy released Tuesday.

The heads of charities have good reason for the shift: Donations from modest and midlevel donors have dropped recently, according to Giving USA’s most recent “Annual Report on Philanthropy,” and nonprofits have been relying on big donors to pick up the slack….>read more

Philanthropy was already in the grip of some serious soul searching, but the revelations about Jeffrey Epstein’s donations to the MIT Media Lab are forcing nonprofits to take an even harder look at the ethics of how they raise money.

“My sense is that every nonprofit leader and board is saying, ‘What are our third rails, what are the gifts that we won’t accept?’ It’s a really difficult conversation,” said Phil Buchanan, president of the Center for Effective Philanthropy and author of “Giving Done Right.”

The #MeToo movement, today’s charged political climate, and the growing public scrutiny of America’s very wealthy means institutions must vet their donors more carefully than ever. “It’s not just how much money you get, but who you get it from and the values that expresses,” said Michael Nilsen, vice president of marketing, communications and public policy at the Association of Fundraising Professionals.

“Every gift is a value extension of the donor and by extension, if the organization receives money from that person, that organization expresses those values,” he added. “You’re under a microscope more than ever before.”

The MIT Media Lab’s director resigned last week after reports that lab officials tried to conceal Epstein’s role in $7.5 million in donations, sometimes by listing them as “anonymous” or by keeping Epstein’s name out of correspondence about the gifts. (Some of the money was donated directly by Epstein; some of it was solicited by him, The New Yorker reported.)…>read more

A bombshell report from The New Yorker this month detailed how MIT’s Media Lab continued to accept donations from Jeffrey Epstein after his 2008 conviction for soliciting minors, going to considerable lengths to conceal his gifts to the school as anonymous. Now other large schools, including Harvard and Stanford, are now also facing questions about their ties to the now-deceased Epstein. The development has spurred larger debate about how charities, foundations, and other powerful institutions should handle donors. Whose money is too tainted to take?…>listen here

MIT’s Media Lab appears to be in a moral crisis.

The President of MIT said the university will bring in an outside firm to investigate the connections between the convicted sex offender Jeffrey Epstein and the Lab. This comes after Media Lab Director Joi Ito resigned after a New Yorker piece revealed how he had concealed his connection to the financier.

Where does MIT go from here?…>listen here

Rob Reich and Phil Buchanan have agreed to a debate about whether giving by the wealthy is a good thing or not, and this is a good thing. Given the participants and the degrees to which they’ve thought and written about the subject, it certainly promises to be informative and enlightening interchange. It is not a conventional left-right argument, moreover, which sure might make it refreshing.

A Stanford political-science professor and author of the self-explanatorily subtitled Just Giving: Why Philanthropy Is Failing Democracy and How It Can Do Better, Reich is part of a group of progressives who have been harshly critiquing the very formation, structure, and practice of American establishment philanthropy overall, but most of this establishment is liberal. As president of The Center for Effective Philanthropy, Buchanan—author of Giving Done Right: Effective Philanthropy and Making Every Dollar Count—has essentially become part of the country’s liberal philanthropic establishment.

To a conservative, quoting J. Wellington Wimpy (about Bluto versus Popeye), there’s a little bit of “let’s you and him fight” about all this.

Reich and Buchanan are to be complimented for engaging with each other’s positions in this way, of course, as are those sponsoring and presenting the event—Philanthropy New York (PNY), SeaChange Capital Partners, and Baruch College’s Center for Nonprofit Strategy and Management. It will be held on September 19 at PNY, after its 40thannual meeting and as part of its “PNY at 40: Reframing Philanthropy Series….>read more

In Giving Done Right:  Effective Philanthropy and Making Every Dollar Count, Phil Buchanan educates his audience by offering practical advice for all levels of giving.

As President of the Center for Effective Philanthropy for nearly 20 years, Buchanan deeply understands the charitable giving sector and what issues confront donors when they are making contributions, large or small.  He also believes that a push for “business thinking” has taken over the discussion of effective philanthropy in recent years, and that it’s time for “thoughtful givers and nonprofit leaders… to stand up and make clear that their work is uniquely challenging – and uniquely valuable – and as such requires its own approach and discipline.”

“Giving done right” according to Buchanan requires understanding the organizations you want to fund, and the people and communities you seek to affect.  It also requires humility and patience.

In his book, Buchanan writes about many different aspects of the nonprofit world and charitable giving.  For this blog post, I am focusing on his examination of personal giving and some of the things you need to know when deciding to make a donation.

Buchanan says every giver needs to answer the same question, “How do I channel my giving effectively to make the greatest difference?”  He points out that the majority of households give to many local charities – such as schools, religious organizations, community foundations, food banks, or homeless shelters.  When considering giving, he recommends carving out a significant portion for where you feel it will do the most good…>read more

It Is All About Collaboration, Not Competition – Review of Phil Buchanan’s Giving Done Right

“‘I just want to know we made a difference’, one multibillionaire philanthropist, in her sixties, told me”, writes Phil Buchanan in the introduction to his recently released book “Giving Done Right: Effective Philanthropy and Making Every Dollar Count”. How to make a difference, how to be most effective and achieve the greatest impact is at the core of the book. Buchanan, founding executive director of the Center for Effective Philanthropy, takes us to the inner circles of nonprofit and philanthropy leaders, their successes and failures, their ambitions and unfulfilled aspirations. An essential read for donors and foundations who seek to improve their giving strategies and learn from other’s experiences…>read more

Realism vs. radicalism: the practice and promise of philanthropy

Phil Buchanan’s new book Giving Done Right: Effective Philanthropy and Making Every Dollar Count capitalizes on his almost two decades of experience as a consultant to many of the largest grantmaking organizations in the American philanthropic establishment through his leadership of the Center for Effective Philanthropy. The book’s introduction was written by Darren Walker, president of the Ford Foundation, which has relied on the Center’s work and would have to be considered at the top of that establishment.

Giving Done Right shares much common-sensical wisdom that would benefit givers who are or might someday be part of that establishment. It’s also valuable for those with less money to give away or institutional heft to sway. Overall, for any type of giver—of any size, or ideology—Buchanan’s advice is refreshingly measured. With notable discipline, it is almost always properly qualified with realistic, everyday practicalities.

Buchanan’s most-pointed criticism is of a giving mindset that is too business-oriented. Too much of philanthropy, in his opinion, thinks and talks about grants as “investments” and doesn’t take into account the differing natures of business and philanthropy. This occurs among both liberal and conservative givers. He recommends recognizing the difference, and making grants in accordance with that recognition.

Buchanan’s other good guidance in Giving Done Right includes, among other things, to:

The act of giving is defined in deceptively simple terms by any dictionary: “to grant or bestow by formal action; to accord or yield to another; to put into the possession of another for his or her use.”[1]  I think it is fair to say that most of us do not think deeply about the meaning of the act of giving. It is a familiar action that happens every day in multiple ways and among multiple entities.  One of the merits of this excellent new book about giving, by Center for Effective Philanthropy (CEP) President Phil Buchanan, is that it engages the reader in a deeper reflection on what may seem on the surface a simple act. Giving isn’t simple. Indeed, reflection demonstrates how much there is under the surface. Giving involves both heart and mind. It can be spontaneous and generous. But it can also be calculated or deceitful. It can be altruistic or selfish. It can create trust or establish dominance.  It can be about equality. Or it can be about power.

Buchanan has been working with givers for close to 20 years. His platform has been the CEP, a research and consulting non-profit organization of which he is the founding president. CEP provides data and insights to what it calls “philanthropic funders” with the goal of increasing their effectiveness and impact. In practice, this means that CEP works most closely with institutional givers, or grantmaking foundations. Over the years, Buchanan has interacted with hundreds of these givers, which allows him a unique perspective on the work of giving. Indeed, there are relatively few vantage points such as the CEP in the United States and even fewer in Canada outside of the intermediary organizations such as Philanthropic Foundations Canada (PFC), which support the field of organized philanthropy and foundations…>read more

Giving Done Right: Effective Philanthropy and Making Every Dollar Count (2019) is grounded in the perspectives of author Phil Buchanan and his talented team at the Center for Effective Philanthropy, led by Buchanan since its founding in 2001. “This book,” he writes in the introduction, “is for givers at all levels who struggle with how to make the most difference.” While readers with a baseline of knowledge in the field may find the going a bit slow at the outset, they should persist. Think of the first few chapters as appetizers, providing a shared understanding of the table upon which organized philanthropy in the United States has been set and currently operates. The main course is an exploration of the art of giving…>read more 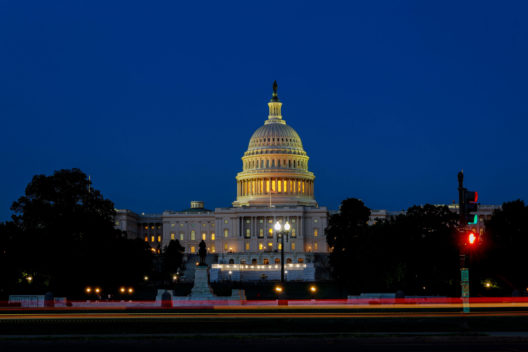