Even before Esther Duflo rose to speak at the Center for Effective Philanthropy’s (CEP) 2011 conference, she had already stirred controversy. Her well-known belief in the ability of randomized controlled trails to understand the effectiveness of policy interventions in developing countries brings up strong feelings among some in the philanthropy world.

As Ford Foundation president Luis Ubiñas said in his introduction of Duflo, “Feelings runs so deep about Esther that Phil [Buchanan] actually received some tough emails about her coming to speak here to us.”

But Duflo seemed to quickly win the crowd over.

“I’m sure I’m not very dangerous,” said Duflo, professor of Poverty Alleviation and Development Economics at MIT. “I speak with a funny French accent. I don’t bite.”

In explaining her approach, Duflo said that discussions about foreign aid often devolve into a debate about whether the aid works or not. It is impossible to resolve that debate by staying on that level, said Duflo who is founder and director of the Abdul Latif Jameel Poverty Action Lab.  For one, the question of whether aid works is not particularly well defined, she said. Second, aid is a small part of developing countries’ overall budgets. For example, aid comprises about 5.7% of the budgets of African countries that receive it.

“A big part of my work is to try and shift the conversation from whether aid is good or bad to think about policy or programs instead,” Duflo said. “Another objective of my work is to think about not just the five percent [of aid], but the 100 percent.  [That is], what role this five percent can play in improving the quality of programs. I want to think about the efforts of most private donors…as not being an end in itself, but as being venture capitalism and finding the good ideas in development. In that case, think of each dollar you are spending as being multiplied many, many fold. If these programs help us identify what really works then that can be taken up as a policy on a very large scale. That is the reason for my work and the reason for placing so much emphasis on the evaluation of specific programs.”

Duflo cited several examples from the book she co-authored Poor Economics: A Radical Rethinking of the Way to Fight Global Poverty.

“I thought I would identify surprising facts that I didn’t know and maybe you didn’t know either and that would have been difficult to know without employing the kinds of methods we work with, particularly randomized controlled trials,” she said.  “The first one is that sometimes you save money by paying people.”

Childhood vaccines are generally available for free and yet each year millions of children go without basic immunization, Duflo said. She described a randomized controlled trial of three immunization camps in rural India.  She found that by giving parents an incentive to go to the camps to immunize their children—in the form of one kilo of lentils for each child immunized—the rate of immunization increased from 6% to 38%. (For more on this topic, see Duflo’s TED Talk.)

She said the trial showed that it actually saves money to give the lentils. The cost for a child to be fully immunized in a camp without the incentives was $50 while it was $27 in a camp with incentives. That’s because the camps must pay for a nurses’ time regardless of the number of children they immunize. At the camps with incentives, nurses immunized more children and the costs per immunization decreased.

“Because of the randomization, seeing the effect is very transparent and easy,” she said.

Duflo said that findings like these challenge what she calls the three “I”s of development policy: ideology, ignorance and inertia.

“Programs are often borne in ideology,” she said, “[An ideology that] the poor are entrepreneurs, or they are starving or they are slothful. [Programs] are conceived in ignorance of the reality of the field, and then they persist because once they exist there is a consistency for them to just continue. I think we need to fight against that.”

As an example of the three “I”s Duflo cited a government policy in India to have village education committees on which villagers serve. That policy has not worked as planned. During the question and answer period, audience members asked Duflo to expand on her ideas.

At the end of the session in response to one question, Duflo showed how she can be both soft-spoken and laser sharp in her point of view.

“From our position of being reasonably well off and comfortable, [perhaps] university professors, we tend to be patronizing about the poor in a very specific sense, which is that we tend to think, ‘Why don’t they take more responsibility for their lives?’ And what we are forgetting is that the richer you are the less responsibility you need to take for your own life because everything is taken care for you. And the poorer you are the more you have to be responsible for everything about your life….My lesson is to stop berating people for not being responsible and start to think of ways instead of providing the poor with the luxury that we all have, which is that a lot of decisions are taken for us. If we do nothing, we are on the right track. For most of the poor, if they do nothing, they are on the wrong track.”

More highlights from Duflo’s talk at CEP’s conference will be available on CEP’s YouTube channel soon. 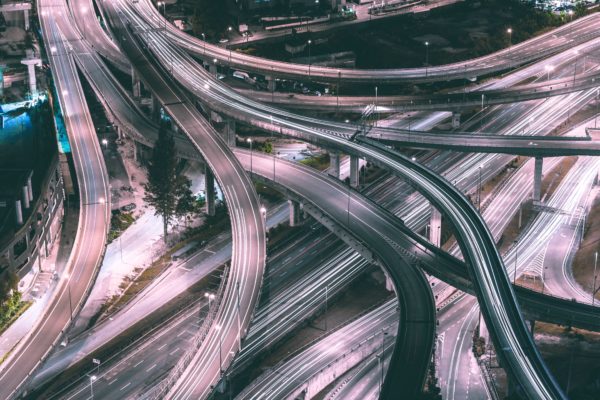 From Evidence to Policy: Three Lessons for Philanthropy from This Year’s Nobel Prize