In a way, we did things in reverse.

Compared with how funders usually enter into policy work, our order of operations was the opposite. In the New Hampshire Charitable Foundation’s work on substance use prevention, treatment, and recovery, we did not start by funding pilot projects and community work and then (acknowledging that changing policy was the best way to address problems at their roots) start funding advocacy.

We started by funding advocacy.

I had not yet joined the New Hampshire Charitable Foundation in 1997 when Oliver Hubbard, a chicken farmer and poultry breeder from Walpole, New Hampshire, made the first part of a multi-stage, $43 million gift to shape public policy in the state as a means to combat addiction.

I was working in substance use prevention at the time. And I remember the reaction among people in that field — it was something akin to rage. What do you mean this huge windfall of money will not immediately fund programs and services?

But Hubbard, dismayed by a lack of state leadership and funding for this issue, had made the gift to make a difference at the public policy level, and in turn make lasting and meaningful change on an incredibly complex issue.

One significant complicating factor, though, was that there was no nonprofit policy shop working on substance use issues in New Hampshire.

So the Charitable Foundation — with counsel from an advisory group that included the state attorney general, experts in prevention and treatment, physicians, people in recovery, legislators, and a consultant from the nation’s largest public-health philanthropy — launched  an organization called New Futures.

Over two decades, New Futures has increased understanding, shaped public policy, transformed the way services are funded, and helped save lives. The organization played a key role in the passage of Medicaid expansion in New Hampshire, which gave more than 50,000 people access to health insurance that included coverage for addiction treatment, while also playing a pivotal role in the creation of a dedicated state funding stream for treatment, prevention, and recovery. (At the time of Hubbard’s gift, only $25,000 in state funding went toward prevention or treatment — instead, any limited services available were funded with federal pass-through funds and most health insurance plans did not include coverage for substance use disorders or other behavioral health care.) In addition, New Futures was instrumental in the passage of laws that have helped protect New Hampshire’s young people and expand service coverage for thousands of citizens, and the organization has also trained hundreds of citizens to advocate for policy change (Hubbard’s gift continues to support this work).

New Futures is an independent nonprofit, and it continues to be an important partner as the Charitable Foundation works on a variety of fronts on this issue.

The Charitable Foundation’s policy and systems-change work has been multi-layered, always built on partnerships across all sectors — public, private, nonprofit — and much of it done in the public square. Working in the public square can take some getting used to.

When I joined the Charitable Foundation in 2008, more than a decade after Hubbard’s initial gift, I was a member of the Governor’s Commission on Alcohol and Other Drugs. Shortly thereafter, then-Governor John Lynch asked me to chair that commission. The Charitable Foundation’s leadership team and Board recognized that the best thing we could do to affect positive change for the state was to dedicate our time and leadership to that position. While this was not completely unfamiliar territory for the Charitable Foundation — CEO Richard Ober had chaired the state’s Energy Efficiency & Sustainable Energy Board while also on staff, and other staff had participated in similar bodies — it would become a far more high-profile and high-stakes endeavor than anyone could have anticipated, as the onset of the state’s opioid epidemic put the commission in a white-hot spotlight.

For eight years, a significant portion of my time as a program officer was spent on that commission, mobilizing public will and public resources for big-systems change. I was frequently called upon to testify to the legislature and comment not just on statewide stages and in local media, but in the national and even international press. I became, for a time, the de facto state “drug czar” (don’t even get me started on how much I hate that term). Sometimes, it felt like a high-wire act. I still sit on that commission, on which the Charitable Foundation now has a permanent seat.

From the start, partnerships have been key to achieving results. The Charitable Foundation partnered with the state’s Bureau of Drug and Alcohol Services to establish the Center for Excellence in Substance Use Services, a resource in best practices, which provides critical support to the state’s regional public health networks and addiction treatment providers. That work resulted in building and strengthening systems that put the state in a much better position to respond to the current opioid crisis than it would otherwise have been.

Our partnerships with the state have spanned six gubernatorial administrations — three Republican and three Democratic. Recognizing the need for a high-level state policy advisor on substance use issues, the Charitable Foundation funded the first year of a salary for that position to be created in the Governor’s office. That position is now permanent and state-funded.

After beginning with policy, the Charitable Foundation began strategic grantmaking in prevention, treatment, and recovery — but we never dropped the policy lens. When we set about to launch a new youth substance use screening and intervention protocol in medical settings, we also funded advocacy to make sure insurance would reimburse providers for using it. Now, as we fund treatment programs for pregnant and newly parenting women, we also fund advocacy to reduce barriers so they can get the care they desperately need.

One direct result of this policy-first approach is that far more dollars have been invested in the field than would have been through Hubbard’s gift alone. Since 1996, the Charitable Foundation has granted more than $40 million for prevention, treatment, and recovery, including for advocacy and policy work. These efforts have helped secure more than $100 million in state resources to prevent and treat addiction and support recovery; bring in an additional $50 million to the state since 2009 alone in federal and private grants; and inspire other generous people to contribute to the work. Hubbard’s gift is positioned to support this work in perpetuity.

The initial flash of rage at the Charitable Foundation’s decision to focus on policy first has dissipated over the past two decades, as evidenced, in part, by grantees’ feedback in recent CEP Grantee Perception Report surveys. Grantees from our Substance Use Disorders (SUD) program provide extremely high ratings for our effect on public policy — at the 100th percentile in the dataset if we were to compare this program to the results of other foundations. These SUD grantees’ perceptions of our impact on the field are also strong — in the 71st percentile compared to other funders.

We are now applying what we have learned from these efforts to our policy work in other areas — narrowing the opportunity gap, promoting workforce development, and pushing for increased investment in early childhood education.

We still face massive challenges. We’re still learning. But we know that philanthropy can play a key role in ending America’s addiction crisis — and funding and engaging directly in advocacy that shapes policy are among the most effective and efficient ways we can do that.

To learn more about this work, join Rourke for the breakout session “Foundations and Policy Leadership at the 2019 CEP Conference May 7-9 in Minneapolis-St. Paul. In this session, Rourke will be speaking as part of a panel along with New Hampshire Charitable Foundation President and CEO Richard Ober, Community Foundation of Greater Flint President and CEO Isaiah Oliver, and Melville Charitable Trust Senior Program Officer Susan Thomas. 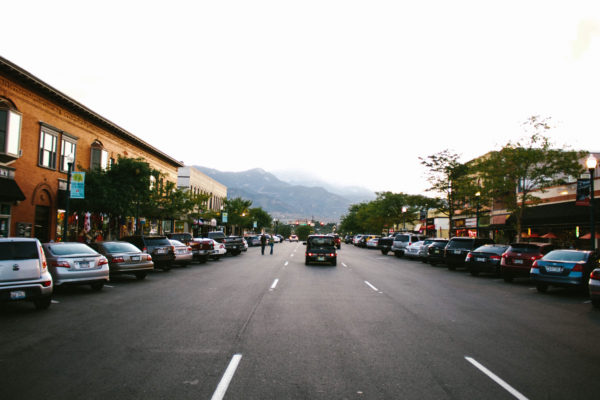