As the director of the Climate and Energy Funders Group (CEFG), one part of my job is fervently making the case for more donors to fund climate and clean energy work. We absolutely need more funders in the space. Yet, I understand how donors can be torn by the urgent need of a number of critical problems and crisis, such as ocean and marine issues, land and freshwater, environmental health, sustainable agriculture, immigration rights, LGBTQ+ rights, and gun safety. And we all make the often-correct case that our issues need more resources.

Having said that, climate change is an existential threat that is hurting the most vulnerable communities in the U.S. and globally hardest. Species will go extinct. Human misery from hunger, weather chaos, heat, lack of water, and more, will come. Climate change is already underway and will impact nearly every aspect of most people’s lives. Yet, we show little sign of undertaking even minimal necessary effort.

Encouragingly, though, CEP’s new report, Much Alarm, Less Action: Foundations & Climate Change concludes that climate and non-climate funders overwhelmingly believe that climate change is an urgent problem, and that philanthropy has an important role to play. So, how might we mobilize together across issues to address climate change more effectively?

One critical avenue is to work together, across issues, to protect our democracy. American democracy has been in decline for many years, as the racial justice movement has laid bare. The full-on attacks on our citizenship rights threatens progress on every issue we care about. While I whole-heartedly agree that more climate philanthropy is urgently needed, we must work across issues to stop these attacks and build support for a robust democracy or we will fail, across issues, to make progress.

For example, according to the Yale Program on Climate Change Communication, 72 percent of Americans believe climate change is happening, 65 percent are worried about it, 72 percent want CO2 regulated, and 77 percent want more renewable research. Yet, here we are with rising emissions, rising sea levels, more catastrophic droughts, fires, and storms. Our deficient democracy undergirds these successful efforts to delay and stop action even with recent positive news around the Inflation Reduction Act.

The link between a robust democracy and climate progress is clear. We cannot expect effective and fair climate policies when the people most harmed by climate change, or burdened by toxic pollution, or whose sacred lands are the site of the next pipeline, are excluded from equal political representation.

We cannot make progress on climate when people in favor of climate action have difficulty voting or are not engaged in the process (polling consistently shows that communities of color are more likely to support climate-forward policies).

Louisiana provides a clear example. In Louisiana’s new congressional map, Black voters can only elect candidates of their choice in one out of six congressional districts, despite making up 31% of the voting age population. Do we really think it is a coincidence that a Tulane study showing that air quality along Louisiana’s Cancer Alley has been worsening as toxic air pollution has been rising? And that same analysis found that predominantly Black and low-income communities are acutely affected.

CEFG has identified democracy as a core pillar to achieving an effective and fair climate policy. We must strengthen and defend our democracy to effectively and fairly combat climate change and overcome the political power of the fossil fuel industry. It is hard to imagine an issue in philanthropy untouched by the assault on democracy. Antidemocratic forces seek to close the door to the will of the majority, elevate misinformation, and actively seek to exclude people of color from the voting booth. This assault threatens a bedrock value and our ability to make progress across a host of issues.

That brings me to action: What can funders do together to make progress on climate (and a multitude of shared issues)? 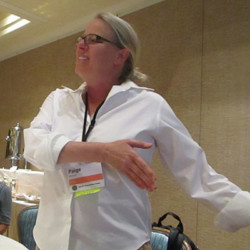 climate change, democracy, foundation strategy, Much Alarm Less Action
Previous Post
Philanthropy Can Help Expose the Truth About Racial Inequality in America Through Support of Documentary Films
Next Post
Listening vs. Transformation: Is Philanthropy Changing in the Ways Nonprofits Need Most? 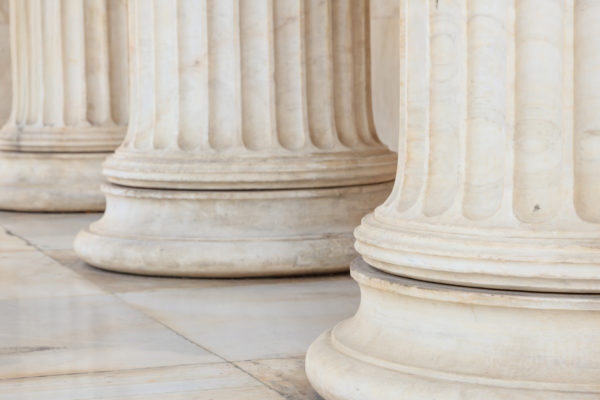