When I first considered writing a defense of philanthropy, a number of friends tried to talk me out of it. They knew my card-carrying credentials as a lifelong member of (and onetime parliamentary candidate for) the UK’s Labour party, which lands some way to the left of US Democrats. They were worried I’d come across as an anti-tax, pro-inequality, democracy-denying apologist for the rich. I understood their concern because those currently shouting the loudest about the ills of philanthropy often associate themselves with – and gain social media kudos from those occupying – the more radical end of the political spectrum. But having worked in and studied the nonprofit sector all of my adult life, I simply did not recognize critics’ blanket depictions of big givers as tax-dodging plutocrats with mendacious motives.

I knew first-hand that many progressive causes – from ending homelessness, child poverty, and modern slavery to advancing equalities and tackling the climate crisis – sought and received crucial income from wealthier supporters. And my research showed that these ‘elite’ donors – just like regular donors – have mixed motivations, including gratitude for help they’ve received, empathy with those sharing similar personal experiences (good and bad), religious conviction, a desire to make a difference, and anger at the existence of unmet needs.

That latter motive is especially crucial to bring to the attention of those who view all philanthropy as a power grab by people lacking an electoral mandate. I have met plenty of rich donors who are frustrated by political inaction, but none who wish to permanently usurp or replace government funding. As Bill Gates has clearly said, “We know that philanthropy can never — and should never — take the place of governments or the private sector.”  Not only are donors well aware that it’s impossible to meet enduring needs with episodic (and finite) private generosity, but there’s no philanthropic joy to be found in simply switching suppliers.

Critics might still question the legitimacy of encouraging the wealthy to fund whichever causes they happen to care about, but the reverse question is also valid: What kind of democracy would prevent concerned citizens from doing as they choose with their time, money, and talents? Wielding influence beyond the ballot box is not a unique feature of philanthropy: countless non-governmental actors enjoy ‘undemocratic’ influence over others, including campaigners, activists, journalists, celebrities, religious leaders, business leaders, lobbyists, and trade unionists – yet none provoke the consternation heaped on philanthropists. All must abide by the laws and regulations that are decided by democratically elected representatives (which includes lawmakers having the final say on whether or not to offer tax breaks for charity donations), but members of a free society are otherwise entitled to live and act as they choose – including discharging their assets as they see fit.

Knocking big givers, whether through high-minded scholarly arguments about the impact on democracy or through low blows depicting elite giving as a self-interested scam, has the same end result: philanthropy becomes perceived as inherently problematic and fundraising becomes even harder.

There’s an assumption that it’s fine to say whatever you like about big donors, their voluntary contributions will nonetheless continue to flow. But, as CEP’s own Phil Buchanan recently argued, “incessant, sustained, ill-informed negativity about both nonprofits and philanthropy” may well be playing a role in driving down giving.

The need for a critique of the critics has been clear for some time, but the pandemic has brought it into even sharper relief given philanthropy’s role in research, relief, and rebuilding. For example, Dolly Parton’s contribution to developing the Moderna vaccine ought to have served as a useful reminder of how big philanthropy combines with income from regular donors, government-, and private-sector funding to create benefits for all. Instead, it was briefly enjoyed as a light relief lockdown story and attacks on big givers continued unabated.

Labelling rich donors as tax-dodging hypocrites may help sassy, eyeball-rolling social media warriors to attract likes and followers, but deterring people from sticking their head above the philanthropic parapet has real consequences for nonprofit organizations which cannot run on goodwill alone. This is why defending the reputation of philanthropy is not about protecting the thin skin of rich givers, but rather about ensuring the viability of a philanthropically-funded space in which people can do things for each other – for strangers and for future generations – beyond the things that we do as consumers and as voters.

So I’m glad that I ignored the counsel of well-meaning friends and wrote a defense of philanthropy. We were in danger of taking the resilience of private generosity for granted with little pushback against those choosing to overstate the nature of the ‘threat’ posed by big giving, while understating (or entirely overlooking) its positive contributions. We were also guilty of allowing critics to set the terms of the debate and paint progressive pro-philanthropy people out of the picture. Despite attempts by critics to claim the high ground, it is perfectly possible to believe in, and advocate for, both a well-funded democratic state and a thriving philanthropic sector.

Philanthropy is easy to demonize and to sentimentalize, yet those taking the critical stance have been shouting far louder with no indication that they intend to yield the floor. Those of us who have witnessed and believe in the transformative power of philanthropy need to offer an alternative perspective and speak up for its positive potential.

Dr. Beth Breeze is director of the Centre for Philanthropy at the University of Kent in the UK. She worked as a fundraiser and charity manager for a decade before moving into academia. Follow Beth on Twitter at @UKCPhilanthropy. Her latest book In Defence of Philanthropy is available here. 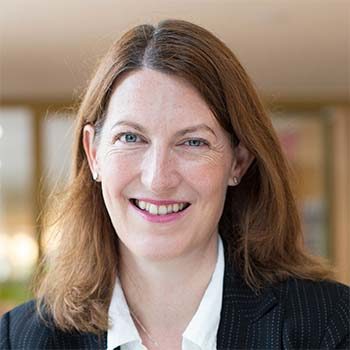 Centre for Philanthropy at the University of Kent