Project Grants Need Not Be the Enemy

The term “nonprofit starvation cycle” describes the experience of many nonprofit organizations that struggle financially because most of their funding comes from project grants with strict limits on paying for indirect costs (or overhead). The cycle has plagued the sector for decades. It is a challenge entrenched enough to require more than one solution.

Many intelligent people have made strong arguments for decades about why funders should provide more multiyear general operating support (MYGOS) versus restricted project support. Regular CEP readers know that their work in recent months makes the case that MYGOS provides the greatest flexibility for nonprofits to meet their respective missions in an ever-changing world.

It vexes many in the philanthropic sector — including my friends here at CEP — as to why funders haven’t moved toward providing more MYGOS funding. CEP’s recent study identified no significant common barriers to foundations’ provision of this type of support.

In respectful response, I will offer this: Institutional funders do not have to defend or explain why multiyear general operating support is not their primary form of funding.

That may be heresy, but I think it needs to be said. Let me say more.

Many funders do not, and may never, see their role as supporting entire nonprofit organizations. They will continue to believe that they will best achieve impact by funding specific projects, programs, or activities. But here’s the disconnect, one which I am hardly the first person to point out: It is simply not possible for any enterprise to create, deliver, and refine goods and services that meet needs without spending on functions such as planning, leadership development, finance, human resources, IT, facilities, equipment, and even fundraising and marketing. These infrastructure necessities require dollars to support them.

They are critical for nonprofits to deliver successfully on anything funded by project grants.

The question I pose to funders who limit the spending of their dollars on overhead is this: How can you expect to fulfill your own missions when your grants weaken the organizations they are meant to support?

I believe that, when structured differently, project grants can offer at least one additional path to addressing the nonprofit starvation cycle. With some meaningful changes from the current norm, project grantmaking can be consistent with supporting nonprofit financial health. Indeed, project grants do not have to be the four-letter word of philanthropy.

Covering their fair share of an organization’s indirect costs is a significant step in a positive direction for project grants. Yet, imagine if project grants were treated more like ordinary purchases of goods and services. Purchasers generally understand that the price they pay is not solely based on the parts and labor required to produce what they buy. Overhead and profit are accepted as necessary for businesses to grow and be successful. (Note to my friend, CEP’s Phil Buchanan, who has argued persuasively against calls for nonprofits to operate more like businesses: I am not suggesting here that nonprofits should act more like businesses, certainly not in a blanket way.)

What would happen if project grants not only covered their fair share of indirect costs, but also provided modest surplus dollars? Some foundations might worry that grantees would waste this money. I invite those with this concern to spend some time learning from the Trust-Based Philanthropy Project.

Surplus dollars built into project grants could be used to address many of the aforementioned infrastructure necessities that GOS — whether single- or multiyear — covers, including much-needed reserves. (For the record, reserves are not only for hedging against tough times; they are also useful for pursuing opportunities in advance of project, or other, funding.)

Project grants allowing for surpluses could result in healthier nonprofits capable of delivering on their missions for the long term. And when raised, MYGOS could be put to more meaningful uses than financing indirect costs not paid for by others. What a wonderful world that would be.

To be clear, what I propose above does not address the important clarion call for more multiyear grants that allow nonprofits to plan ahead, achieve longer-term impact, and reduce inefficiencies associated with annual fundraising. If (many) more project grants like the ones I describe here were also multiyear in nature, the benefits would have even greater potential. (Oh, and by the way, multiyear funding also reduces funder inefficiencies associated with annual grantmaking.)

Further, addressing the nonprofit starvation cycle is not only about economics. It is also about equity.

Recent research published by New Profit, as well as Echoing Green and Bridgespan, make plain something that many of us have observed anecdotally for years: BIPOC-led organizations have substantially lower reserves than their white-led counterparts. This is due, in no small measure, to BIPOC-led organizations receiving most of their funding from project grants with strict overhead rules.

BDO FMA’s unpublished research also tells us that smaller nonprofits tend to have higher indirect cost rates and are hurt more by overhead limits than larger organizations are.

While addressing equity is primarily about who receives and controls how dollars are spent, how grants are structured also matters.

Certainly, more MYGOS grants to organizations that are BIPOC-led, rural, and/or in smaller cities would make a big difference; project grants allowing for surpluses made to these organizations would also help.

In full disclosure (and as a spoiler alert), BDO FMA and several peer consulting partners are working closely with a group of major funders that are looking squarely at ways to improve project grantmaking. We’ll share what we have been exploring later in 2021. In the meantime, I invite all who read this to consider: Is it possible that project grants need not be our enemy?

P.S. If you know of any funders currently offering project grants that allow for surpluses, please click here to share.

Rodney Christopher is director of philanthropic services at BDO FMA, where he provides training, consulting, and coaching to build the capacity of funders to engage with grantees about their financial needs. Over the past three decades, he has worked with nonprofits and funders across the U.S. as a capacity builder, lender, and funder. Follow him on Twitter at @rodneywrites. 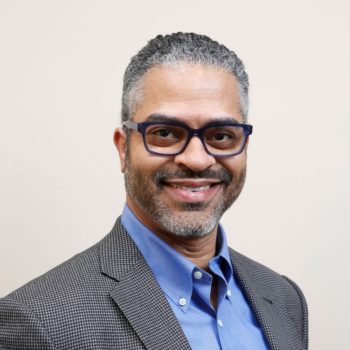 general operating support, trust based philanthropy
Previous Post
It’s Time for Philanthropy to Address Its Erasure of AAPI Voices and Perspectives
Next Post
Complicating the Narrative on Bridging and Division: A New Series from CEP and PACE