Earlier in June, FJC – A Foundation of Philanthropic Funds completed our first ever collective giving campaign, which offered our donor-advised fund (DAF) account holders the opportunity to join forces in response to the urgent crisis created by the coronavirus. This was new territory for FJC, but the initiative suggests the power that DAF sponsors can bring when they provide focused guidance to rally disparate donors around a common cause.

Our experience with the initiative also raises some important questions about DAFs and philanthropy as a whole, which I suspect I will be grappling with over the long haul.

This initiative came less than a year into my tenure leading FJC, a foundation primarily comprised of DAFs with $300 million in assets under management across more than 1,100 accounts. FJC has been nimble, flexible, and creative about how our donors interact with us. We allow donors flexibility in how they put their philanthropic resources to work, not just through grantmaking but investing as well. In general, FJC has only rarely attempted to guide or influence donors about their giving. And while FJC has a long history of responding to natural disasters by offering donors lists of resources and worthy organizations, this collective giving campaign was FJC’s first attempt to put our institutional money where our mouth is.

First, the outcome: including a match from FJC’s Special Initiatives Fund, the campaign generated over $147,000 from 45 donors to be granted to six organizations, selected by FJC, that are tackling the impacts of the pandemic in a range of ways: food security, employment, grassroots organizing, small business support, public health, and research and development. (See Figure 1 for the organizations that received grant funding through this initiative.) Over 90 percent of participating donors who responded to a post-campaign survey stated that they found many compelling reasons to participate, such as the elevation of strong, effective organizations (many of which were new to them); the ability to align their resources with other donors at FJC; and the opportunity to have their gifts matched, effectively doubling their giving.

In addition to the benefits perceived by our donors, there were clear benefits to the receiving nonprofits as well — and these went beyond just the money. As Leslie Gordon, CEO of Food Bank for New York City, told me, “FJC’s campaign brought together the contributions of dozens of donors, many of whom had never contributed to Food Bank before.” (Food Bank was the most popular recipient, receiving over $85,000 from the campaign.) Erin Barnes, CEO of ioby, a crowdfunding platform that connects local leaders with support from their communities, appreciated the campaign for delivering grants from multiple DAFs to small, local organizations doing critical work during the pandemic. She noted, “This campaign built a powerful bridge between FJC donors and the grassroots leaders using ioby to respond to COVID-19 in their neighborhoods.”

FJC was able to connect the selected organizations with dozens of new relationships, on top of five-figure contributions, that came with modest to no effort on the part of the organizations’ overworked development staff. This suggests that DAF-sponsoring organizations can bring not just new donor relationships, but also significant efficiencies and aggregating power, to nonprofit organizations.

On the other hand, we found it notable that the proportion of donors at FJC who chose to participate in this initiative was relatively small —  approximately 6 percent of our donors took part. During this same period of time, FJC donors contributed over $1 million to organizations not selected for the campaign, far exceeding the resources the initiative mobilized. Donors gave more generously to organizations outside the campaign, too. The average grant size for non-campaign-related giving was $2,200, whereas the average grant for the collective giving campaign was only $735.

As a whole, it appears that donors value their own choice and discretion more than the opportunity to double their giving through a match and leverage their giving with others.

There’s certainly a strong argument to be made that donors giving through DAFs have considerable impact when left to their own devices. With little guidance from FJC staff, in aggregate, our donors are very generous. Contrary to some of the criticism of DAFs arguing that they act as tax-efficient mechanisms for the wealthy to hoard their philanthropic assets, our donor recommendations typically drive a disbursement of between 10 to 15 percent of our assets annually — far greater than the typical 5 percent payout of most private foundations.

But while the impact of our DAFs in aggregate is large, it’s also quite diffuse. In a typical year, our $35 million in disbursements are spread out over seven or eight thousand organizations, with a median grant size of $500.

What’s more, our donors typically give to a modest number of organizations that are active in their respective immediate communities. This approach is typical of many individual donors. A recent study by Nonprofit Quarterly showed that among the roughly $265 billion individuals contributed to the nonprofit sector in 2018, the largest share of individual giving (nearly 40 percent) went to religious institutions. That’s very common for FJC donors as well, and our donors often give to what they know. In addition to membership dues at their religious organizations, many prioritize the alumni associations of their alma maters, parent teacher associations, and other vital (though familiar) organizations. A recent analysis we conducted showed that in a typical year, over 80 percent of the grantmaking of FJC donors were recommended to organizations that had received funds from FJC in the previous three years.

I am certainly not advocating that donors turn away from the civic institutions that are personally meaningful to them during a public health and economic crisis. The organizations and institutions that provide us community and comfort are going to be facing their own crises as we head into a recession, and they are bracing themselves for significant reductions in earned income, government contract revenue, and other core sources of support.

Still, one trend that has emerged from the COVID-19 pandemic is that race and class are major factors in shaping the disproportionate impacts of both the public health effects of the virus and the resulting economic fallout. If our donors, who are all affluent and overwhelmingly white, are largely recommending grants to organizations that they know personally and service their immediate communities, our platform may not be being put to its highest and best philanthropic use during this crisis. This highlights the important question about whether DAF sponsors should primarily be a mechanism for individual giving, or whether there’s a role for sponsors in inspiring their donors to consider different, and potentially more equitable, approaches to their philanthropy.

The modest success of our first collective giving campaign suggests the potential for what we can accomplish when we coordinate our efforts, while at the same time raising fundamental questions about the purpose of philanthropic platforms like FJC.

Sam Marks is chief executive officer of FJC – A Foundation of Philanthropic Funds. Follow Sam on Twitter at @smarksnyc. FJC – A Foundation of Philanthropic Funds 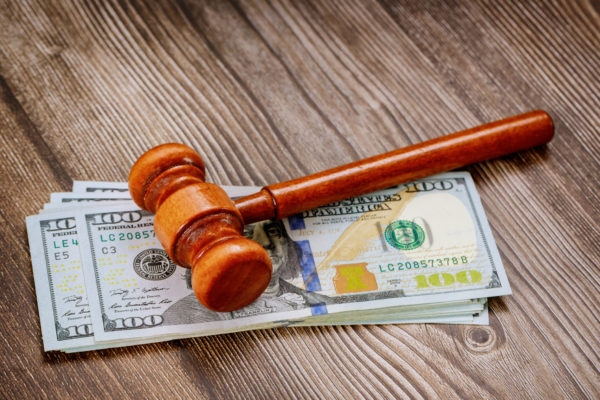 Bringing the Nonprofit Perspective into Debates About Donor-Advised Funds