What Large, Unrestricted Gifts Do for Leaders

MacKenzie Scott’s giving has shattered conventional norms for big donors and foundations. Consider this: In her first three rounds of giving, between the summers of 2020 and 2021, the median grant size was $8 million, according to the data we collected for a just-published report entitled Giving Big: The Effects of Large, Unrestricted Grants on Nonprofits. That compares to a median grant size of $100,000 among larger, staffed funders whose grantees our organization, the Center for Effective Philanthropy (CEP), has surveyed in recent years.

Scott’s gifts have been huge, by conventional standards, and they have also been unrestricted. It’s totally up to recipient organizations, and their leaders, to decide how to use them. …>read more

In the tumult of shifting to virtual school during the pandemic, one of our children came bouncing out of her room full of energy. This was a noticeable shift from her usual subdued mood after a full day of Zoom school.

What was different? Her teacher had left the digital meeting room open for three extra minutes so that students could connect with one another after their lesson. “It was like being at our lockers in the hallway again!,” she said. This seemingly simple act had reinvigorated her connection and engagement to school in a way that carried her well beyond that brief encounter. …>read more

Can philanthropy rise to the challenge of combating climate change?

Climate change is widely acknowledged as the existential crisis of our time, a “code red for humanity,” in the words of United Nations Secretary-General Antonio Guterres. With the Senate’s passage of the Inflation Reduction Act on Sunday — in the middle of a summer that has brought record heat and innumerable weather-related disasters — it looks like the federal government will finally take some long overdue action on climate change.

This is positive, but insufficient, of course. Real, sustained progress on climate will require continued focus not just by federal and local governments but also by business — and crucially, philanthropy. Foundations, individual donors and the nonprofits they support can play a crucial role in pushing the other sectors to continue to act. …>read more

Funders Remain MIA for Many in Asian and Native American Communities

Fueled by the COVID-19 pandemic and the mass movement against anti-Black racism that arose in the wake of the murder of George Floyd by Minneapolis police, many foundation leaders say they are focusing explicitly on racial equity and are modifying their practices as a result. But are they?

This question fueled considerable research and resulted in a report that I coauthored with Naomi Orensten and Satia Marotta, which the Center for Effective Philanthropy (CEP) released this past fall, titled Foundations Respond to Crisis: Lasting Change. In that research we conducted a broad survey, as well as qualitative interviews with over 30 foundation leaders and 30 nonprofit leaders. In both our foundation leader interviews and in the almost 300 survey responses we received, many reported that they had stepped up the financial support they provided to organizations serving African American and Latinx communities. …>read more

A new year has brought no respite from the continuing crisis facing nonprofits. The rapidly transmissible omicron variant has upended plans for providing in-person service to clients in need and has again delayed returns to the office for millions of nonprofit employees who have worked remotely for nearly two years.

This brutal reality necessitates a continued commitment from grant makers to maintain critical giving reforms adopted in the immediate aftermath of the health crisis — not only now, but in the years to come. …>read more

Nonprofits continued to be under enormous stress in 2021 as the pandemic continued and national and global crises — from attacks on democracy to climate change — only deepened. Amid what has seemed at times like unrelenting bleakness, there are signs of change that will position nonprofits and the broader philanthropic sector for deeper impact in the years ahead.

Philanthropy, and especially foundation philanthropy, which has often been seen as impervious to calls to reform, has changed for the better. Foundation leaders streamlined processes, made more unrestricted grants, and in many cases, engaged – or at least started to engage – in the work of dismantling systemic racism in new ways. Most foundations leaders plan to sustain at least some of the changes they made. Those are among the findings of research conducted this year by the Center for Effective Philanthropy (CEP) — the organization I lead — and they make me hopeful. …>read more

Criticism of philanthropy is not new and, of course, thoughtful critique is essential to improvement. In my own career, I have focused for 20 years, as the leader of the Center for Effective Philanthropy, on bringing feedback from various stakeholders, and especially nonprofits, to foundations and donors. This is vital because of the power dynamic between the funder and the funded, which can make it difficult to offer up candid criticism. I have seen thoughtful donors and foundation leaders use this feedback to reflect and improve.

But, in recent years, we have seen a rise of a different kind of critique: highly generalized negative statements about philanthropy as a “ruse,” “anti-democratic,” or mere “reputation-laundering” emanating from journalists, academicians, and even many inside the world of professionalized philanthropy. These sweeping statements have led, incredibly, to debates about whether philanthropy is even a net positive for society. I have grown increasingly worried about this because I believe so strongly that it is: that nonprofits supported by philanthropy do vital work that isn’t being done effectively by markets or government. …>read more

How to Make an Impact with Your Charitable Giving

In a 2018 U.S. Trust study of philanthropy, 9 out of 10 households with a $200,000 household income and/or a net worth greater than $1 million gave money to charity. Disturbingly, among that same group of people, only 42% believed that their giving was having the impact they intended. The other 58% either believed that their giving was not having the intended impact, or, more frequently, they just didn’t know. This group gave an average of almost $30,000 in 2017, and the majority didn’t know if their generosity was helping anyone!

You may or may not be a millionaire, but chances are, if you’re listening to this podcast, you are a giver, and you care about the impact of those gifts. So how can you make sure you’re among the 42% who is confident in the impact of their giving?

My guests today have devoted their professional lives to answering that question. Phil Buchanan is the President of the Center For Effective Philanthropy, and Grace Chiang Nicolette is the VP of Programming & External Relations. …>listen

What is Giving Done Right? (Podcast)

Your Path to Nonprofit Leadership Podcast

What are the critical issues facing nonprofit leaders right now, and how do they impact the funders that support their efforts? That’s exactly the question posed in this bonus episode #108 of the Path to Phil Buchanan, who has led the Center for Effective Philanthropy for nearly 20 years. CEP has studied many of the key issues facing our sector, and Phil is uniquely qualified to identify the key trends that will affect nonprofit leadership as we move through the pandemic and try to determine what, if anything, will be different going forward.  He is optimistic that some of the creative leadership tactics demonstrated over the last year will be further rewarded by funders, and helps illustrate how nonprofit leaders can best position themselves for future success. …>listen

What is Innovation? Podcast

This week, Jared talks with Grace Nicolette, Vice President at the Center for Effective Philanthropy. Grace shares her point of view on innovation in the world of charitable giving. Listen and subscribe today!…>listen

Larry Kramer is correct that reasonable people can disagree about the right spending level for a foundation. I say that knowing Kramer himself to be a reasonable person—and with gratitude that the foundation he leads has been one of the largest and most consistent supporters, over many years, of the Center for Effective Philanthropy (CEP), the organization I run.

But I also believe that, to maximize their effectiveness, foundations should spend more than they planned—and more than the legally mandated minimum—in this period of unparalleled crisis. Moreover, it won’t be nearly as challenging to do so as many had feared months ago, owing to the strong market returns that have buoyed foundation endowments. …>read more December 1, 2022
3 Key Recommendations for Funders Based on an Analysis of MacKenzie Scott’s Philanthropy
By: Sarah Vaill
Read More 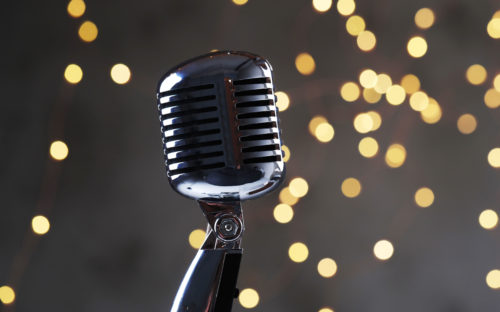 November 29, 2022
The Joy in Giving Done Right: Looking Back on Season 3 of CEP’s Podcast
By: Chloe Heskett
Read More November 17, 2022
Are We Facing a Sector-Wide Lottery Curse?
By: Ruth Levine
Read More